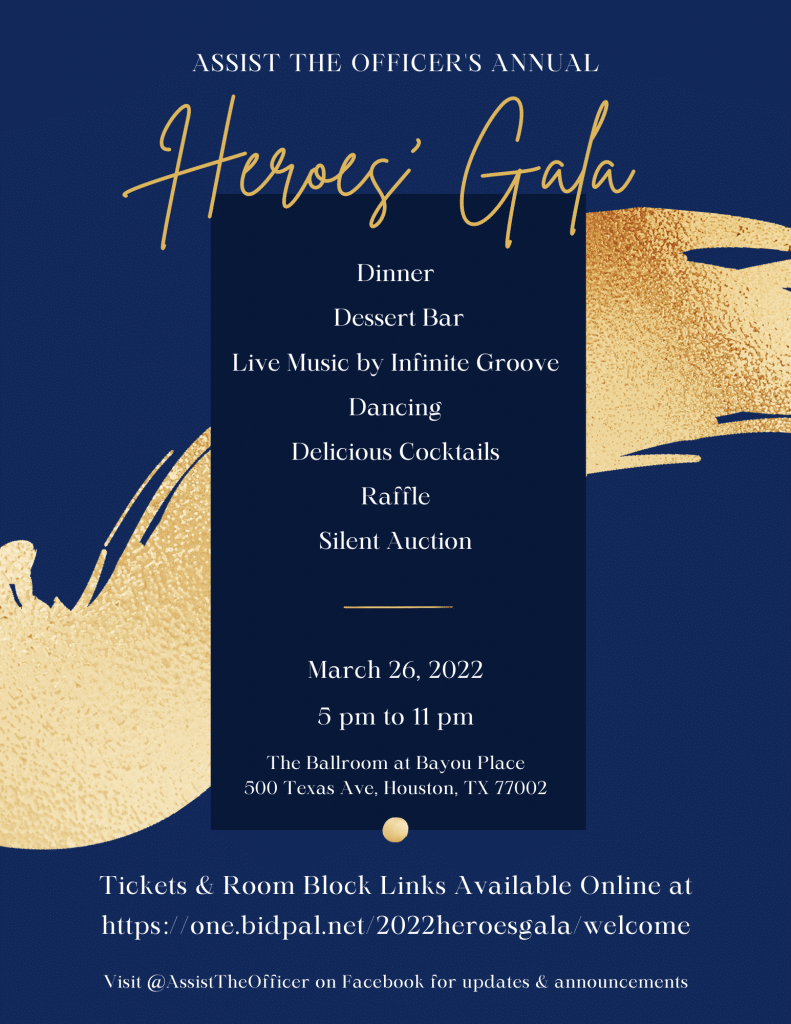 Assist the Officer has chosen its two recipients for Officer and Investigator of the Year honors for 2022. These two honorees and the heroes from the past two COVID-affected years also will be recognized at the March 26 ATO Heroes’ Gala at the Ballroom at Bayou Place.

Officer of the Year – Officer Christopher McCain for saving the life of a fellow officer who had been seriously wounded in a scuffle with a suspect.

Investigator of the Year – Detective Raul Munoz for his investigation resulting in the arrest and charges against the stepbrother of a nonverbal Autistic six-year-old boy for sexual assault.

The expected-to-be-sold-out event still had a few tickets available prior to the publication of this issue of the Badge & Gun. Please, visit https://one.bidpal.net/2022heroesgala/welcome to purchase tickets to the Gala and find the discounted hotel room links!

The coronavirus caused postponement of the last two scheduled galas. As has usually been the case, the steadfast ATO will not be deterred from these special recognitions any longer.

This year’s cocktails, dinner and dancing extravaganza begins at 5 p.m. Saturday, March 26 with dinner scheduled for 6 p.m. and the special honors ceremony as everyone finishes desert. There also will be lots of raffle and auction fun on the sidelines.

And you can look for silent auction items at the Gala which will include sports memorabilia and other items designed to raise funds for Assist the Officer, which considers this Gala the first of numerous fundraising activities throughout 2022.

The “main event” of the evening will be the Heroes recognitions.

Officer McCain’s response to a fight between a suspect and a fellow officer in which the officer had been shot three times. McCain wrestled the gun away from the suspect, subdued him and was able to retrieve a tourniquet from his fellow officer’s duty belt and use a pocketknife to cut away the officer’s body armor, finding and treating two more wounds – saving his life.

Munoz’ investigation was especially complicated due to the victim’s handicaps. The detective eliminated the stepfather as a culprit and eventually acquired evidence that resulted in charges against the stepbrother, who wrongly thought his non-verbal victim wouldn’t be able to tell on him.

Because of the virus-related delay, the official recognition of the honorees from the two previous years are just now available for acceptance. But the effective, often heroic actions taken by these HPD officers have not been forgotten.

Officer Kelley was violently attacked by an aggressive streetside suspect disrupting traffic. She fought with the suspect until, feeling her life was in danger, shot him. She then cuffed him and administered first aid. The suspect died at the hospital.

Investigator Medina led the investigation of the murder of a Lamar High School student, working with an informant who led him to the killer as well as suspects in four other murders.

Officers Stepp and Powell, on Southeast Patrol during the midnight hour, got the report of a capital murder had just happened. The suspect also kidnapped a female and stole a car at gunpoint. The officers tracked the suspect to an apartment complex and spotted the stolen car during surveillance. They arrested him without incident and rescued the kidnap victim. All this happened within 42 minutes after these crimes were committed.

Detective Gonzales investigated the outcry from a fourth-grade boy who said his pastor had been sexually abusing him for a year. Gonzales effected a confession from the suspect in an interview and succeeded in getting charges filed against him. She did not stop the investigation at this point because she felt there were other victims of this pastor/suspect. Working through the HPD public information office, she saw another victim come forward and identify the pastor as the same person who had sexually abused him for four years. 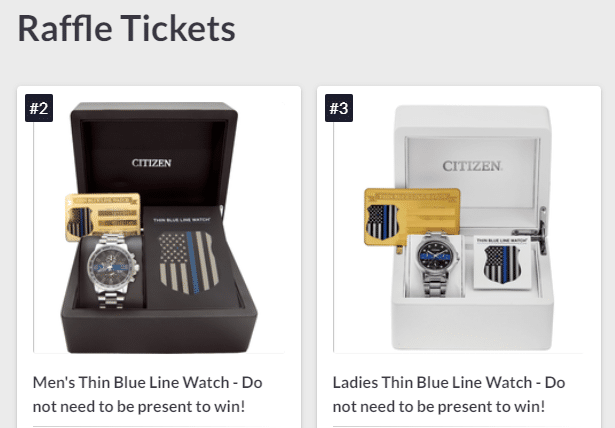