Assist the Officer will be holding a BBQ Benefit with a live and silent auction on Friday, June 10, for Officer Jarrid Sallee, who suffered from chest and pelvis injuries has a result of a May 4 traffic stop in which the suspect driver opened fire at Sallee and his partner.

Officer Sallee is in rehabilitation at his home. The fundraiser – which will feature $15 barbecue lunches, auctions, and raffle items – will be emceed by the ever-present Allan Helfman, owner of River Oaks Chrysler Jeep and a long-time ATO benefactor.

Officer Chris Meade, event coordinator and Sallee’s backup at the shooting scene, said the auction will feature “more than 50 items donated by businesses throughout the city.” Meade said the funds would be used to curb mounting medical expenses for Sallee, the father of three daughters, aged 4, 2 and a newborn.

Meade said one bullet was deflected by Sallee’s flashlight but another one stuck him in the pelvis, causing a severe injury with a long rehabilitation.

The shooting suspect is currently in federal custody. He was out on a Harris County bond at the time of the shooting on a charge of possession. Sallee and his partner wounded the individual in the violent confrontation. As the suspect recovers from those injuries, he also faces federal drug-related charges from the DEA and ATF.

Expect the regular ATO auction practice of providing a wide array of sports memorabilia – much of it donated by Helfman – as well as Firearms raffles, golf passes, Astros tickets, and fishing trips.  And don’t forget, online donations can be made at AssistTheOfficer.com! 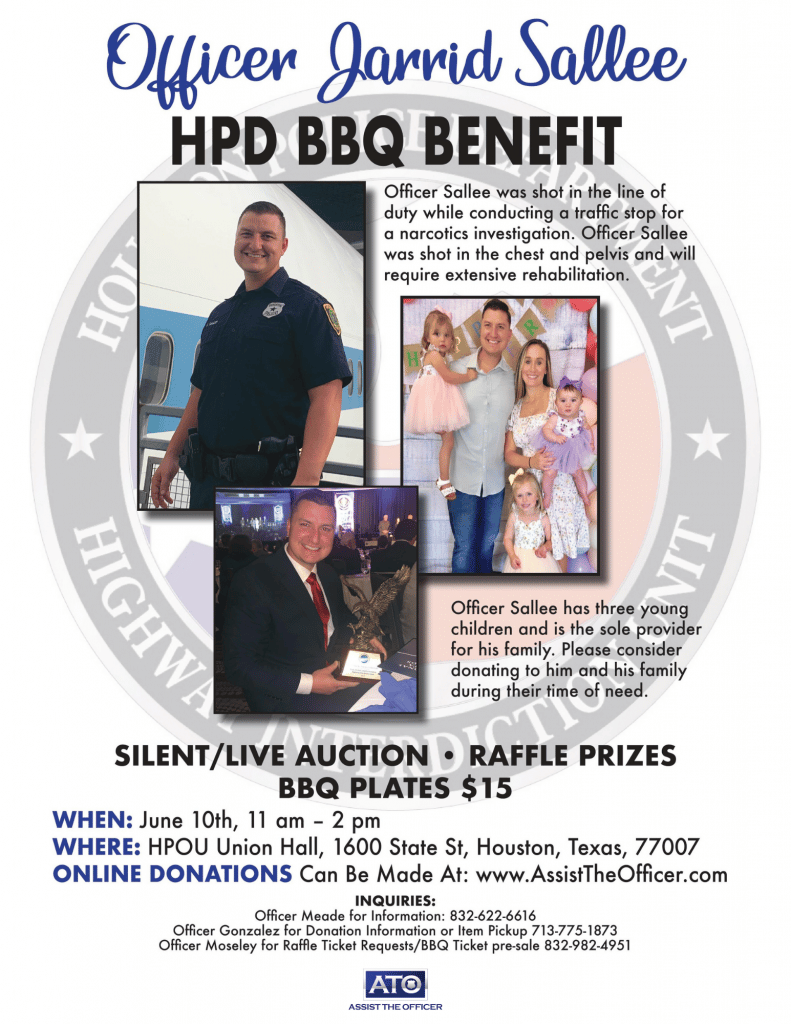