The BBQ benefit scheduled for Friday, 11/5 for Senior Police Officer Bill Jeffrey (EOW: Sept. 20, 2021) and Sgt. Michael Vance will be underway at the Union, 1600 State St by the time you are reading this article!

Proceeds will benefit Jeffrey’s family and the ongoing medical bills endured by Vance, who is at home recovering from wounds suffered in the apartment house shooting as the two members of Major Offenders were serving a warrant. The suspect was killed in the shootout.

Lt. Jose Rosas of Major Offenders said a wide array of activities designed to raise funds will be on tab beginning at 11 a.m. Friday, Nov. 5.

Barbecue provided by Goya Foods will be served at $15 per plate.

Rosas said the raffles, live and silent auctions will feature unique items for the bidders and buyers present, which will be led by longtime HPOU benefactor Alan Helfman of River Oaks Chrysler Jeep. 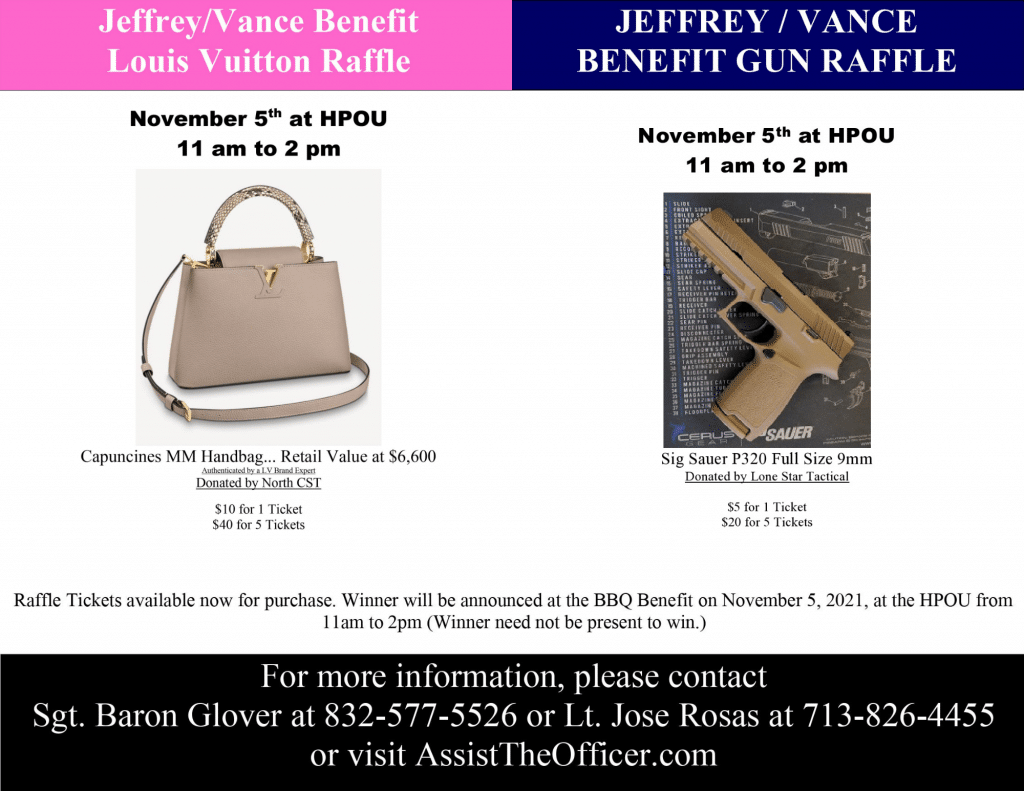 Sports memorabilia in the auctions will be game-worn jerseys of Jose Altuve and Carlos Correa, two stars of the World Series-competing Houston Astros. In addition, raffles will feature a Louis Vuitton purse, an AR-15 and a 9mm Sig Sauer.

Rosas enthusiastically pointed out that rounds of golf and fishing trips are also among the list of up-for-bid items alongside the usual autographed pictures of Houston sports heroes as well as an official MLB baseball signed by Altuve.

“We also will have a flag flown over Tal’s Hill,” the lieutenant said, referring to the former Minute Maid Park landmark.

Need BBQ tickets? Pick them up at the general membership meeting on Nov. 4 or “at the door” the next day. 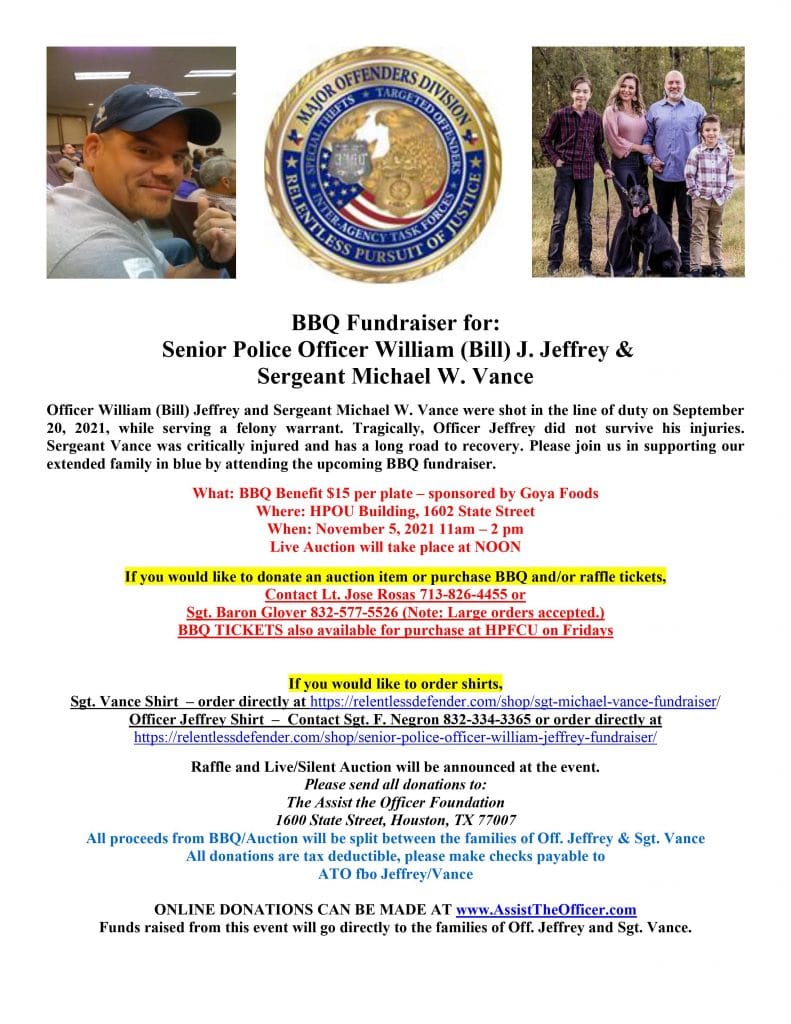