We are ready for the first bout – and more!

The first-ever “Fighting for Toys” – formerly known as Badge Battle Houston – will stage the nation’s only fully sanctioned amateur boxing event in the coronavirus era on Dec. 18 at a familiar Assist the Officer locale, Buffalo Bayou Brewery.

The program consisting of a maximum of 10 boxing matches between HPD officers, Houston firefighters and other first responders from all over the nation.

Event coordinator, Sgt. Josue Villa of South Gessner Patrol, scheduled each of the matches and provided the Badge & Gun with the following pairings:

Tickets are on sale online at https://one.bidpal.net/fighting4toys/welcome and tables are limited!

Villa said the venue will feature a large tent, under which will be a regulation boxing ring. Attendees will be stationed at socially distanced tables and chairs around the ring.

Proceeds will benefit ATO but Villa said there is a toy drive connection to this fundraiser. You may take a toy donation to Buffalo Bayou Brewery any time before the event. Donations also may be taken for collection at Be Fit Gym or the Union office. 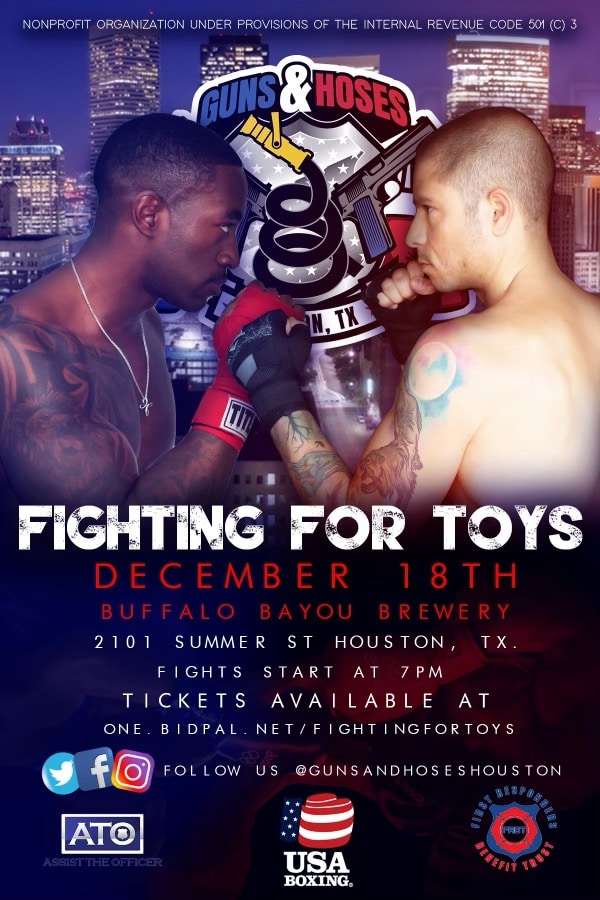