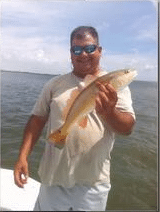 Editor’s Note: Detective John Varela has known John “Willie” Wilbanks since they were students together at San Jacinto College in 1987. Varela is a detective assigned to Major Offenders.

I was asked to share a couple of stories about Wilbanks but before I do I’d like to give a disclaimer. The witnesses and the locations in these stories have been changed to protect the innocent. I’ve worked for the Houston Police Department for over 30 years, and I don’t today to be my last day.

I don’t know if many of you know this, but the Latin word for John Wilbanks is “JOE DIRT” and in Dutch pronunciation is “RICKY BOBBY.”

You guessed it, Wilbanks was the perfect mix of Joe Dirt and Ricky Bobby.

Wilbanks was so carefree but yet so focused and driven.

I met Wilbanks about 60 LBS ago in 1987 at San Jacinto College.  I was a 19 year old working on a criminal justice major and I met many lifelong friends in the program including: Jason Leal, Jessie Cantu, John Zera, J.J. Fontenote, and Phil Sandlin.

All these guys had great Law Enforcement careers but one friend stood head and shoulders above the rest (Wilbanks).  We met class and I considered him a friend but I kept my distance…. because I thought he was truly crazy.

(Like medication crazy) because he would walk down crowded hallways and treat people like cattle by whistling and yelling (Heya – get – move it little doggie).

At the time San Jac’s was under construction and there was one main entry in and out of the parking lot.  One hot August afternoon I was leaving the campus, in my 1980 dodge that I bought in an auction, …. when the car stalled out in the exit line because I didn’t feather the gas pedal just right when I came to a stop.

That was a common problem so I usually just stomped on the gas pedal, turned the ignition and the car would start right up.  But this time in was different, I heard (click click click) and I knew my battery was dead.  I jumped out of the car opened my hood and did what any reasonable person would do.

I started wiggling by battery cables.  About this time Wilbanks pulls up and says (Hay Varela do you need a jump, Hold on) and he whips a donut on Spencer street and stops nose to nose against my car in the wrong direction.

Wilbanks then jumped out of his 1977 primer black Camero with jumper cables in hand.  He then screams at me “get in the car and crank it”, meanwhile people are honking at us and waiving with one finger as Wilbanks is yelling “SHUT UP.”

I turn the ignition a couple of time and the car doesn’t start so Willbanks screams (with his hands on his hips) “come on Varela”.  I hit it the third time and “Bingo” the car starts.  I took up and Wilbanks who is celebrating with a few pelvis thrusts as he was pointing at other drivers.

Then I notice his Camero is overheating so I yell “your car is on fire.”  Wilbanks does a 180, jumps into his car and come out two milk jugs full of water and cools his car off.  The whole time I’m thinking this guy is unbelievable; he’s a mechanic …… and a fireman.

And that’s how our friendship started.

We became inseparable over the next few years because you never know when your gonna need a mechanic or a fireman.  Over the next couple of years, we took several criminal justice courses together making sure we always signed up for recreational sports because that was an easy credit and we needed 60 credits to join the police academy.

I spent time at Wilbanks’ house and quickly learned that all of the Wilbanks were just as entertaining as Willie.  Wilbanks’ family accepted me unconditionally and showed me so much love.

During our college years we applied for the San Jacinto College police department (as civilian employees) and they were foolish enough to hire us.  Let me set the stage, I was hired as a weekend night shift dispatcher, and my biggest responsibility was to broadcast the department’s call numbers every hour and Wilbanks was hired a weekend, nightshift door rattler (or security guard).

Now weekend night shift only had one door rattler and one dispatcher so me and Wilbanks were responsible for the whole campus on nightshift. The police department had all types of equipment for riots and the first night that they turned us loose together I almost had Wilbanks convinced that he needed to wear full riot gear when he checked the doors because he was all alone and he only had a flashlight.  He backed out wearing the gear at the last minute because the vest said POLICE across the chest and we had just studied police impersonate laws.

Over the next couple of years we got more and more comfortable with the job and one night Wilbanks shows up to work with fishing waiters, a net, and a pillow case.  I asked what he was doing and he said he was going to the golf course and fish balls out of the pond then sell em.  I told him that I would tell everybody he died a hero if he got eaten by an alligator but I wasn’t going with him.

About an hour latter I didn’t hear from him so I decided to check on him.  I walked through the gym to get the golf course and I heard terrible banging noise coming from the sports laundry room.  I ran into the laundry room and Wilbanks was setting in his underwear, reading a motorcycle magazine, as he washing about 80 golf balls in a washing machine.  I screamed, “what are you doing” and he replied, “I get more if there clean”.  I just shook my head and went back to the office.

So eventually we make to Weekend dayshift and one day he told me that he was going to be in the gym area if I needed him. I knew he was up to something so I waited about an hour then I went to look for him.  As I walked into the gym I heard screaming and yelling from the indoor pool.  I ran into the pool and there was Wilbanks and his whole family in the pool.  Wilbanks had decorated the pool area with streamers, he had a cake, and a piñata, and maybe a pony.

Wilbanks had his mother decked out with scuba gear and he was teaching her how to scuba dive.   I looked Wilbanks, shook my head, and screat, “what are you doing?”.  Wilbanks screamed back at me, “It’s my mother’s birthday!!!”.  I just shook my head and walked back to my office.

So, we eventually graduated and I got hired on by Houston and he went to work for Baytown P.D.  We stayed close and one day he shows up at my house driving a beat up jeep with no door, expired registration, and rust falling from the undercarriage.  Wilbanks jumps out of the jeep and places a brick under the front tire so the jeep doesn’t roll away and says, “let me show you what I made.”

He then pulls an eight-foot long pvc pipe out of the jeep and say’s “have you ever seen a potato gun?” Let me show you how it works.  He then stuffs potatoes down one end of the pvc pipe and opens a cylinder.  He then grabs a mega can of Aqua Net hair spray and starts spraying into the cylinder as he begins to count.  He gots to about 7 seconds, slams the cylinder shut, and points the pvc down the street.  He says, “watch this”, as he strikes an igniter attached to the pvc pipe and I hear “Boom” as potatoes fly, travel 30 feet in the air.

Wilbanks is disappointed and says “come on” with his hands on his hips.

He then loads more potatoes in the gun, opens the cylinder, and begins to spray more Auqua Net in the cylinder.  I asked if he was putting too much Aqua Net in the Cylinder when he reached about 30 seconds and he knotted “yes” with a crazy smile on his face.  He closed the cylinder, pointed the gun down the street, and hit the igniter.  This time it was a crazy “boom” and we lost sight of the potatoes as the disappeared of the house at the end of the cul de sac.

We look at each other in amazement and I said….. “Wilbanks I live here”…… Wilbanks immediately said, “I gotta go”, jumped in his jeep and left me standing in the middle of the street.

So Wibanks left Baytown and came to work for HPD after I had been on the job for about 4 years and it just so happened that he would train and work with me at the Southeast station.  We worked together for about two or three years on night shift before we went in different directions but those were my best years as a patrolman.  I can’t share a lot of the stories because of a little thing called statue of limitation but I promised Amy I would tell one story.

Amy’s favorite police story was about a grocery basket. Well I wasn’t riding with Wilbanks on the night of the incident but I heard that he was patrolling one cold winter night when he noticed an abandoned grocery basket about a mile away from the grocery store.  Well I was told Wilbanks wanted to do the right thing and return this grocery basket so he decided to push the grocery basket back to the store using the shops buddy bumper.

I was told he felt it was his responsibility to conduct quality control and determine how fast he could this grocery basket.

I was told he was screaming with excitement as he reached triple digits on the speedometer then looked up and saw a red ball (red light) about two blocks ahead.

I was told Wilbanks slowed to prepare to stop but quickly realized he couldn’t stop the grocery basket.

Wilbanks then did the next best thing…. He activated his emergency, blew his born, and gave that grocery basket a police escort through that red light and that ……. was his very first police escort.

In closing I would just like to say I’m blessed to have friends like the Wilbanks.  I’m sad but I’m so grateful that Wilbanks was my friend for over 35 years.  I would challenge everyone to live their lives a little like Wilbanks did, Carefree and Happy.

Don’t worry about the things that you don’t have but be thankful for the things you have.  And to all of Wilbanks’ family, children and grand children, when you come to a cross road in life and you have to make a tough decision ask yourself, …..what would Willi do? But don’t try to push a grocery basket down a service at 100 miles per hour.

Thank you for being here.