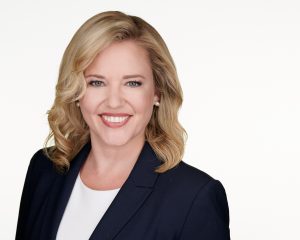 Mary Nan Huffman, a member of the HPOU legal team, has announced her candidacy for Houston City Council District G seat being vacated by Councilman Greg Travis, a longtime friend of the Union and Houston policing.

Huffman, who ran for Harris County district attorney against incumbent Kim Ogg, announced her plan on Nov. 15 as the first step in winning the special election called for Jan. 25. Travis had to give up his seat in order to run for state representative.

“City government should be acceptable to the entire community,” Huffman told the Badge & Gun. “Services should be performed in the most efficient way possible.

“The citizens of Houston should have their tax dollars go the furtherest they can. With my leadership I can do all those things for District G.”

The district extends from Uptown/Galleria west all the way to Highway 6, inside and outside Beltway 8. In the last election 29,500 registered voters cast ballots. History shows only a fraction of a total like that will turn out in a specially called election.

Huffman was the first would-be candidate to call Travis, who has chosen not to take sides in the election of his successor. Huffman was in the process of getting well acquainted with the ongoing issues of the district.

She received the whole-hearted endorsement of HPOU in her race against Ogg. She ran as a Republican challenger.

HPOU members are well acquainted with this astute member of the HPOU Legal Team.

She issued the following statement detailing her biography and platform.

Huffman is the conservative, pro-public safety candidate for Houston City Council, District G. She brings her skills as a law-and-order prosecutor to keep our neighborhoods safe and keep city government free from corruption.

Crime is on the rise across America and Houston is no exception. Public safety is government’s first responsibility. If we are not safe in our homes, on our streets, in our business, nothing else government does really matters.

Mary Nan served as a prosecutor in the Montgomery County District Attorney’s Office for almost 10 years, rising quickly to become the Chief Felony Prosecutor in the Child Exploitation Division and over the Internet Crimes Against Children (ICAC) Division. During her time as Chief of Child Exploitation she prosecuted a wide range of internet-related crimes committed against children.

Huffman now works as an attorney for the Houston Police Officers’ Union representing HPD Officers in a variety of matters associated with their duties as an officer. Huffman responds to scenes to assist officers involved in shootings and in-custody deaths. Huffman knows how critical it is for the city’s first responders to have the the proper equipment they need to do such an important job.

In 2020, Huffman was the Republican nominee for Harris County District Attorney besting her two opponents in the primary. Huffman went on to challenge the incumbent district attorney, Kim Ogg, in the November general election.

Mary Nan Huffman grew up with her four siblings in Denton, Texas. Huffman watched her parent’s involvement in local politics and learned from an early age the importance of public service. She graduated from the University of Oklahoma with a Political Science degree and attended St. Mary’s University School of Law.

Mary Nan has been married to Eli Huffman III for 13 years.

The Huffman family attends Saint John Vianney Catholic Church. They have 2 young sons. The Huffmans live outside Beltway 8 and flooded during Hurricane Harvey. Huffman wants her children to grow up in a safe place, with a solid infrastructure for future Houstonians, and knows that strong neighborhoods make strong cities.