The HPOU Board of Directors voted unanimously to provide the funding to Point 27, a non-profit headquartered in Marietta, Ga., whose mission is to present the dog tags to every police officer and first responder in the United States.

Its leader, retired Army Col. David Dodd provided HPOU with 5,200 tags which were made available to every Houston police officer through this summer’s distribution program.

In an interview with the Badge & Gun, Col. Dodd said scriptures used on the tags come from New Testament verses. He gets the name of the organization from the fact there are 27 books in the New Testament.

As a colonel in the Army, Dodd commanded troops in war zones like Iraq and Afghanistan. He showed total devotion to his troops and constantly sought ways to keep morale up and provide faith and hope. The colonel found that the best way to strengthen and encourage American soldiers was by constantly reminding them that they are never alone – that God is always with them.

A strong man of faith, Dodd felt that a constant physical reminder of this scriptural promise was a dog tag with a quote from the New Testament. Each tag has a thin blue line running through it. Engraved on the solid steel tag is Matthew 5:9:

Blessed are the peacemakers for they will be called children of God.

First Dodd provided tags to every soldier in his brigade. He didn’t stop there. He was inspired by the desire to keep on the mind of each and every American solider that God is always with them – on the battlegrounds of the world or on the safer home grounds of their country. He found a method he could use to achieve this goal.

The colonel retired in 2011 after serving our country for 27 years, many of them as a commanding officer in combat. He said he wanted to give back something to every American solider. He decided to form a nonprofit called Point 27, whose purpose is to provide a tag with God’s message to each member of the country’s armed forces. That mission was expanded to include first responders.

You can also enter for a chance to win an AR-15 by visiting https://point27.org/ar-15-raffle-fund-raiser/ 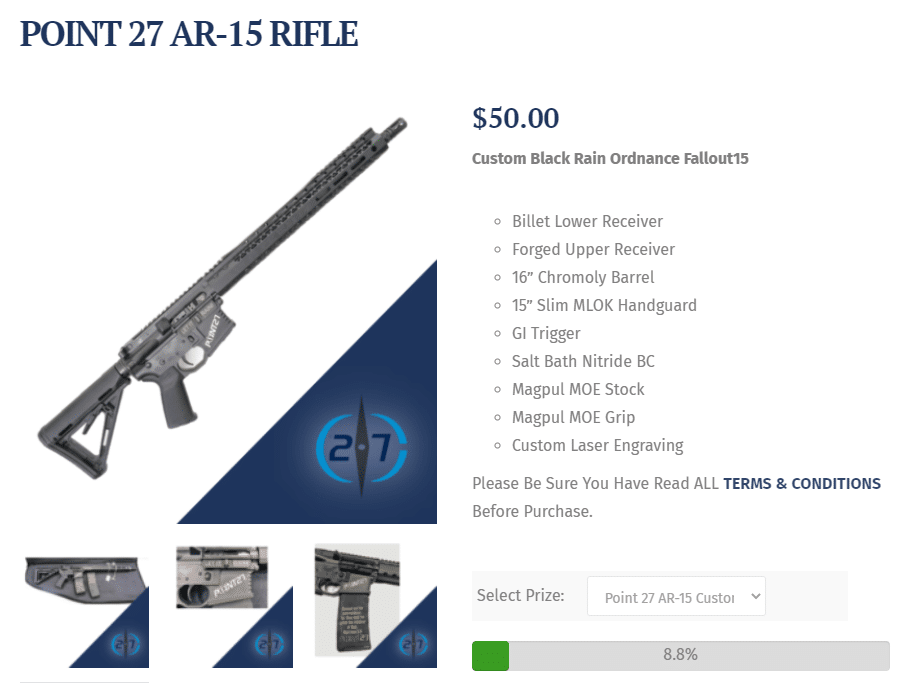