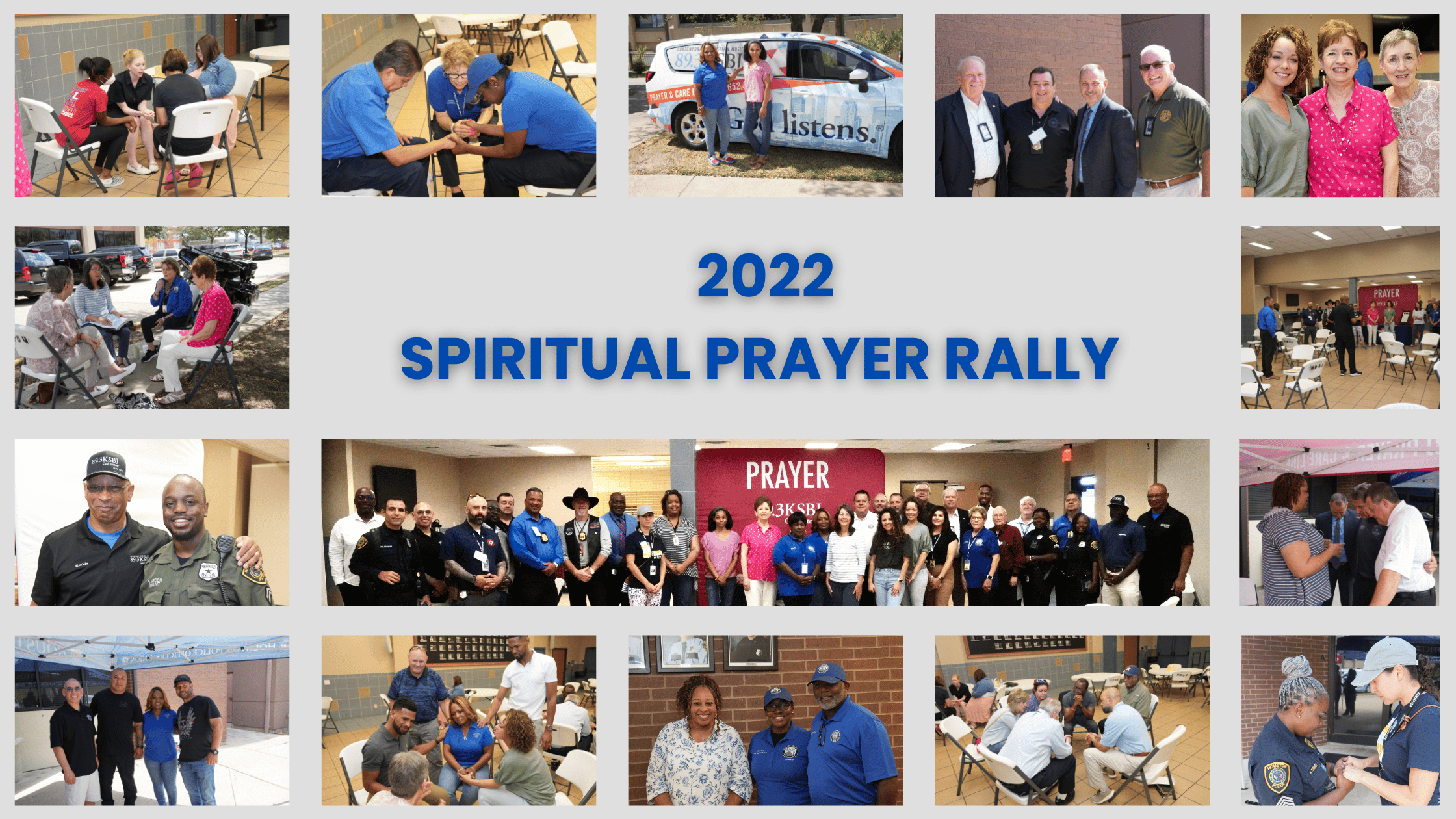 The event lasted until 2 p.m. that day at the HPOU headquarters on State Street.

It enabled all officers desiring prayer. “They came out in great numbers throughout the day,” event coordinator Rhonda Williams said. “According to remarks and personal testimonies officers shared, the prayer rally proven to be a great success.”

Numerous officers present at the event expressed special thanks for HPOU’s vision to see the need for an event such as this during these troubled times for policing in America.  Others said they were truly blessed by the event, and they felt a true sense of connection standing in prayerful unity with their HPD brothers and sisters.

Sgt. Williams said, “Many officers communicated they agreed with HPOU that with the stressors of increase homicides and tragic incidents in our city that it is imperative and no better time than now for us to come together to empower each other through prayer for spiritual intervention and to renew and revive each other as we continue to serve and protect our community.”

Williams said officers further shared that “we cannot stop now, and we must remain in the fight through the power of prayer.”

She said that HPOU and KSBJ must continue the prayer rally to inspire and encourage other officers, community leaders, and law enforcement agencies to join in prayer with HPOU.

For those officers that were unable to personally attend, they had the ability to call KSBJ Prayer & Care Line at 281-652-5555 up until 10 pm to submit their prayer requests. They could also go to KSBJ.org/prayer or email prayer@KSBJ.org to connect with one of their prayer volunteers.

Free 50-minute counseling sessions from Innovative Alternatives offered through KSBJ were offered during the event. Moreover, the community was invited to stand in prayer with officers during this time.

The sergeant and HPOU Board members urge fellow officers to stay praying “until we meet again in another HPOU Spiritual Prayer Rally. We know God answers prayer!”