We let the photos tell the story of Houston’s unbefitting weather – even in the winter. HPD officers pitched in like you would expect, with double shifts as common as snowflakes and going the extra footage with a broom or mop to clean up a station.

As usual, a weather crisis brought out the best of the department, which proved –as if it had to – that patrol cars still work with snow on the hood and officers remain spry even after 18 hours on duty.

These photographic documentations belie the fact that many Houstonians coped with freezing powerless homes for the better part of a week. As we look back on the experience it was good to see the power back on (in most places) and the temperatures rising to normal February/March levels.

Just look at the action-filled photo taken by Officer Jason Anderson, complete with the Bayou City’s glittering skyline in the background. This amazing shot – the product of camera hobbyist Anderson – depicts Anderson’s shift partner Sarah Shim able to give it one final leap to mark the end of a marathon. This dramatic rendering was shot from the municipal courthouse parking lot near adjacent to Central Patrol.

Take a cool look at other documented proof that snow in Houston always brings out the camera action! 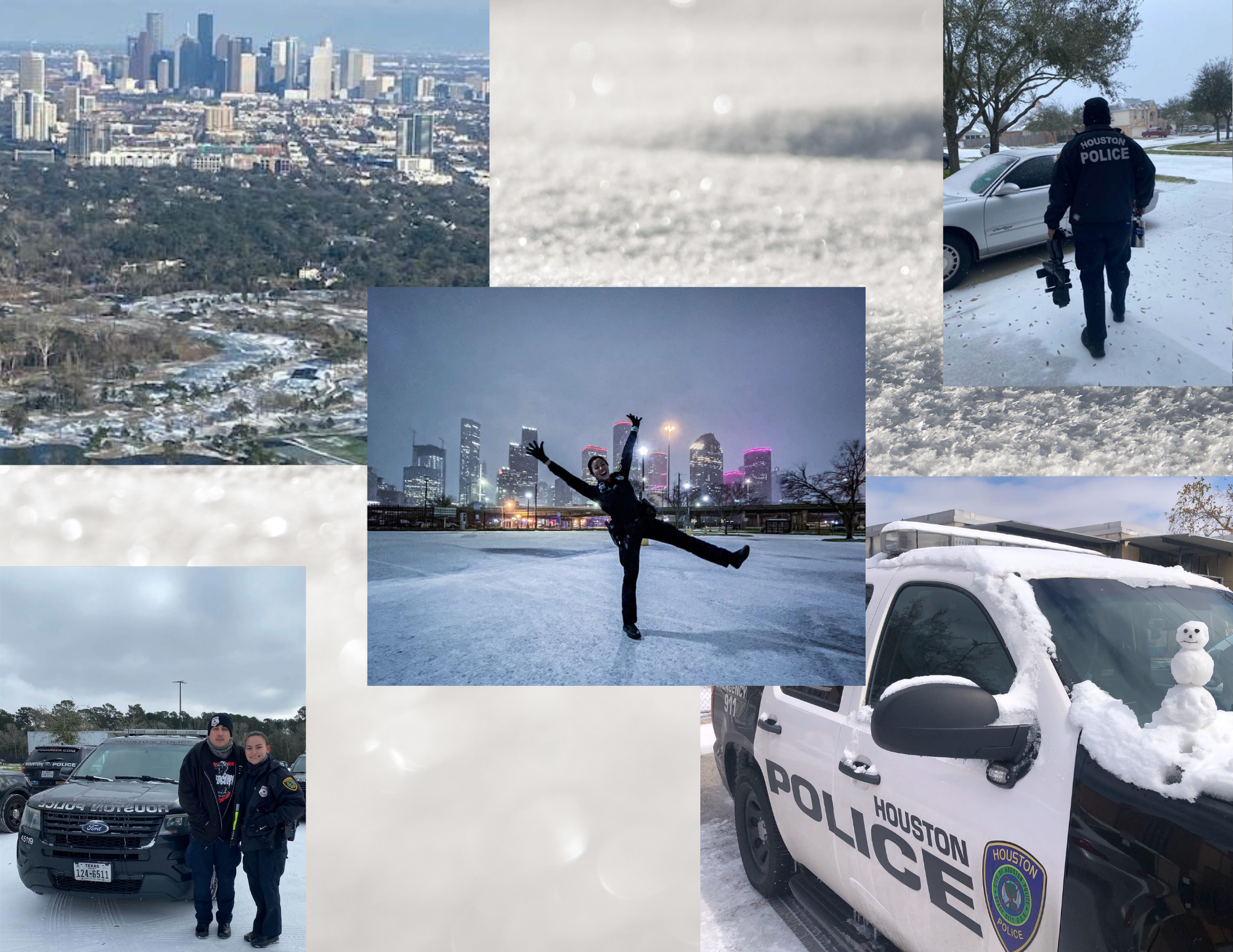