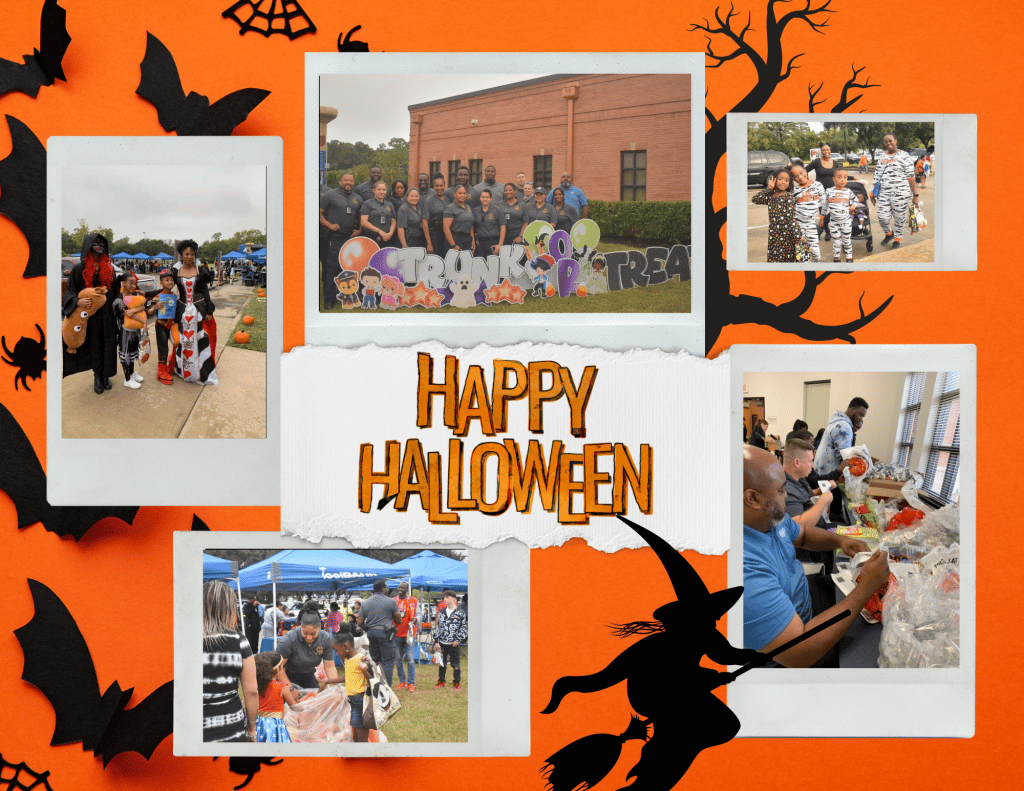 Despite the rainy weather and that special HPD-officer-intense event known as the World Series, the Northeast DRT held its second annual Fall Festival Trunk or Treat event on Friday, Oct. 28, declaring it a total success for the officers and the community they serve.

“We had the World Series and the weather that meant the crowd was smaller than expected,” Officer Kathy Abundo reported. “But we still had 500 people come out and we believe they all had fun.”

Abundo, a member of the DRT unit that started ironing out the details six weeks ahead of the date, said there was plenty of hotdogs, candy, prizes and “face-painting and three bounce houses” to occupy the younger set.

To boot, there were four Northeast police vehicles and one from Houston Community College which featured all kinds of candy as well as plush animals – mostly bears. There were other giveaways to the kids, such as pens, pencils and key chains.

There were so many vendors and community supporters that they were difficult to count. But Abundo gave it a stab: besides HCC there was the Houston Public Library, Sam’s, Tostada Regia Restaurant, the East Houston Civic Club and the Houston Police Federal Credit Union which supplied plenty of volunteers.

The HPD K9s made an appearance on the crowded parking lot at Northeast. That venue featured a pumpkin patch that initially had 100 pumpkins from which the kids could pick some up to take home. There were other pumpkins in the phone booth. As pictures were taken there the Northeast disc jockey, Officer Derrick Watson used his talents to keep everyone entertained.

“This was an exciting opportunity for the people of the community and their kids to spend time interacting with officers,” Abundo said. “This has already become an annual event; this having been our second. We want to have similar events for Thanksgiving and Christmas, but those plans have not yet been finalized.

“It was a great event. There was rain and we played it by ear. It began at 4 p.m. and we were out there propping up tends and serving tables at 3:30. Some of the people were already there, most of them kids.”