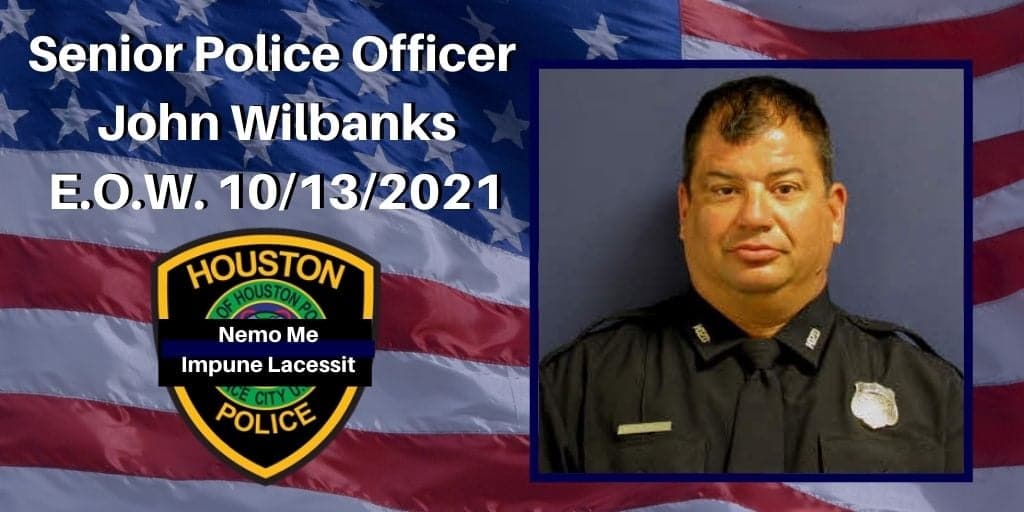 Editor’s Note: The Badge & Gun is honoring the memory of Senior Police Officer John “Willie” Wilbanks in this issue by reprinting the eulogies delivered by three of the officer’s best friends. Herewith, the officer’s official obituary.

Senior Police Officer John D. Wilbanks, assigned to the Special Operations Division, Died in the Line of Duty on Oct. 13 of COVID-19. He was 53.

Wilbanks graduated from Sam Rayburn high school in 1987. He went on to study criminal justice and joined the Baytown Police Department where he served for two years.  In 1994 he joined the Houston Police Department.  During his 27-year career, he worked in Southeast, Southwest, Clear Lake Traffic Enforcement, Vehicular Crimes, Solo Division, Tactical Operations and Air and Marine divisions for the Houston area.

The officer’s spare time was spent with family, fishing, hunting, traveling and racing the TORCS dirt bike series with his oldest brother Bobby, and his grandson, Tanner.  He was always the life of the party and was known for his great sense of humor.

He could tell a story like no one else and had plenty to share with everyone.  He did not know the word stranger and had a desire to always help anyone and everyone that needed it. He made an impact as soon as he walked in a room and his voice could carry for miles.

His smile was unforgettable, and his laugh was contagious. John was always seeking adventure, even if that meant the adventure was just going for a drive. There was never a time John was not whistling or singing a song. If he did not know the lyrics, he made up his own. He was silly, he was crazy, and he touched the hearts of everyone he met.