“I was bothered seeing all of this,” Cusimano told the Badge & Gun. “These guys put their lives on the line daily, day in and day out. And I know they’re not getting rich doing it.

“I wanted to know what I could do to help. I felt the need to do something. I didn’t have a lot of money to contribute but I had my new company.”

The next thing you know Cusimano met with Assist the Officer officials and immediately figured out what he could do to help. You might say it was all logical.

He learned all about ATO’s mission to help HPD officers in need. He decided to contribute to ATO a portion of his profits on two of the watches offered to buyers on his website.

“Anybody that purchases anything from my website, I will donate a portion of the profits if they use the promo code,” he explained. “This means any watch on my website.”

Cusimano offers 12 different models of watches in his online business. But there are two that he believes go well with the HPD uniform: The Oxford (Nato band) and the Blue Octane (leather band).

“They are the only two blue watches I have,” he said. “Believe me, they go well with the blue uniforms of the Houston Police Department.”

Specifically, ATO gets $20 for every Oxford sold and $25 for every Blue Octane that is shipped out.

Cusinano has already written ATO its first $500 check. He was extremely optimistic there would be more checks forthcoming once the word gets out and more and more people remember the promo code as well as opt for the blue watches.

When he formed his company in November 2019, the business entrepreneur knew he had to come up with a name that fit. Time, of course, is the logical element for success.

In other words, “What is more logical than time,” he said. “So, my company became Logic Watches.”

He’s raised a great contribution to Assist the Officer in just a little bit of time. And time will tell there is no limit to what will happen in future times. 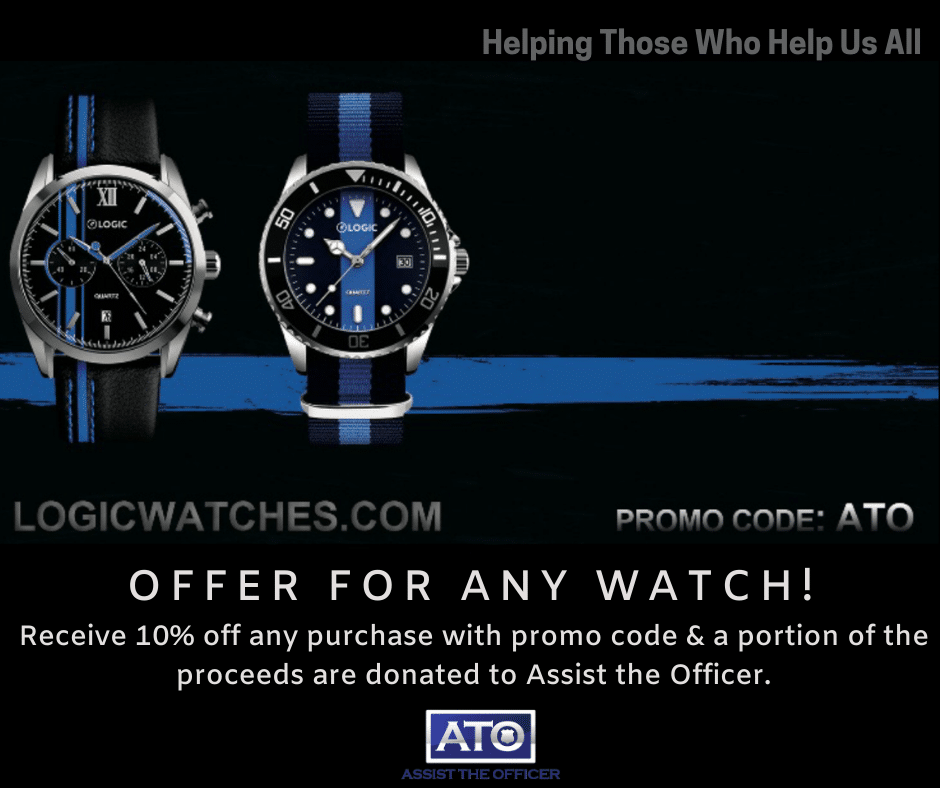