EDITOR’S NOTE: Senior Police Officer Ken Hett is assigned to Lake Patrol. As a close friend of SPO John “Willie” Wilbanks, he delivered one of three special eulogies at Wilbanks’ celebration of life. 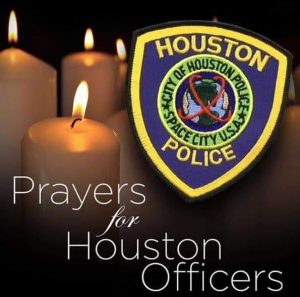 So when Jennifer asked me if I could tell a few stories about John, it wasn’t a question IF I could tell some, it was more of WHAT stories I could tell in the presence of women and children….John and I have been friends my entire career and there were always years that went by that we did not see each other but we always kept in touch and our paths constantly crossed many times throughout the years and today I’d like to share a couple of well-edited stories with you.

When I first met John, I was a rookie at SE. I was in the role call room and John walked in. Now I remember reading in the obituary detailing Johns personality and how he made an impact when entering a room…(this statement will come into play a little later on). So John walks in the role call room, laughing, joking around and flamboyant in a very colorful way and I noticed 2 things about him; 1) he was very dark skinned and tanned,  (I later learned that his tan came from that fact that he was a charter captain for an extra job and would fish 2-3 days a week and not because he had a George Hamilton tanning package)and 2) he had a full head of thick, black hair. I personally thought he resembled Harry Conick JR., complete with the bubbly, outgoing personality and charismatic attitude…and Ill be honest with yall, John was a handsome man, some might say he was a “tall drink of water”; and if the magazine existed, he would have been on the cover of The GQ Fisherman, and believe it or not, back then John was about my size or maybe even a little thinner.…..then he went to solos.

When he got to solos, he slowly started putting weight on. And when I use the term slowly, it is just a polite wat of saying quickly. He claims that when he was issued the boots and pants, they were a tad baggy and wanted to fill them out and it was easier just to eat more than go down to supply and exchange them. He told me once that while he was in solos, he and his partner were sitting around, bored and thinking of ways to pass the time and both  decided to try to get to 300lbs.  When I asked why, he just looked at me, shrugged his shoulders and replied, “Wernt you listening, I just told you that we were getting bored and needed something to do”

John went to Costa Rica with me on a couple occasions. And every time he went, he brought his personality with him. One day we rented an off shore fishing boat for the day. After about 2-3 hours of just trolling around and catching nothing, John ends up giving the boat captain the “this is what you need to be doing speech” (remember I told yall he was a charter capt). John eventually wiggles his way behind the wheel, redirects the boat along a weed line and we start catching fish…needless to say, the charter captain was not happy. The point to this story is that the charter captain did not speak English and John does not speak Spanish so again, the personality took over and got him behind the boat wheel.

Later that night, we were at the local bar and I think there was about 6-7 of us on this trip. We were all ordering drinks and the night was young so the drink orders were simple…a beer, a Jack, a Rum but as the night went on, the drinks became more complicated and we started making drinks up. So John started telling the bartender what he wanted (remember, language barrier). You could see that John was getting frustrated because the bartender could not understand what John was asking for (language barrier!) Within 5 minutes, the bartender was sitting next to me and John was behind the bar, not only making his drink the way he wanted it, but he was mixing everyone else’s drink at the bar…again, the personality took over.

Fast forward about 8-10 years, I went to Vice and we lost contact for a few years but we always kept in touch via text or phone.  I worked out of Travis and would occasionally see John at Travis doing the mail run and we would catch up like no time had elapsed between us.

**Fun fact; I was not aware of this but apparently a proper mail run usually takes anywhere from 6-8 hours.

After several more years of departmental separation, John and I once again meet up in 2018 in the Port Unit. I had absolutely zero boat experience and relied on John heavily for guidance. I looked at him as a nieve son would look towards his dad for guidance because the son knew his dad would have all the answers…in addition, he was a great, natural boat handler and to this day, I still don’t really know how he was able to navigate a 33’, triple engine Safe Boat and find every single eating establishment along the ship channel and the San Jacinto river….simply amazing navigational skills.

So one day, when I was still wet behind the ears in the boating community, we took a trip up the ship channel into the mouth of the San Jac river. I’d say we were clipping along at about 20-25 mph. Now for those of you that have never come to a complete stop on a boat traveling at 20-25mph, let me just tell you it is an eye opener! So (spoiler alert) after the running the boat on the sandbar (in our defense, the sand bar was underwater by at least 6-8”, no way we could have seenb it) we came to an abrupt halt. So it took about 10-15 seconds until we fully comprehended what had happened.

So again, I looked at John as a son would look at his all-knowing father expecting him to have the answer and asked, “What do we do now??”John looked back at me as an all-knowing father who is supposed to have all the answers and simply replied, “Hmmm! I don’t know…I’ve never done this before” So as we were trying to decide who to call, and more importantly who not to call and how we are going to move this boat off the sand bar without anyone knowing it, a tug boat captain, who had been watching the entire episode lay out, called us on the radio and asked if we needed any help. We answered yes sir, and within 20 minutes, our boat was free and clear. We got on board the tug and thanked the captain and his crew for pulling us off the sand bar and also asked for his discretion in publicizing what had just happened. He stated absolutely, his lips were sealed and we parted ways. John and I get back on our boat, we look at each other and almost simultaneously say, “this never happened, we tell no one!”

One thing that was ingrained in my head that day and still to this day is that in the Maritime world, especially on the Houston ship channel, there are no secrets!!

So we’re driving back to the Coast Guard station, very slowly I might add and not really talking to each other when John gets a call. Now you have heard the phrase “Poker Face”, so John had a “Poker Voice”, and in Johns best “poker voice” he replied to the person on the other end of the phone, “Uh…what are you talking about?” Then he shows me a picture that had just been sent to him showing our boat, not more than 10 minutes prior, beached.

Most important to John above all was his family, John talked about his grandson Tanner and their love of riding dirt bikes. All the time on Mondays, we all got to see the Go Pro videos of his weekend riding.  Many Fridays when John would come to work, he would have his dirt bikes in the back of his truck in preparation to meet with Tanner to go ride. John believed in “Family First”.

One last quick story I’d like to drive home this point is one year John convinced me to work the Clear Lake Boat Shotgun regatta. So we attended a couple meetings in preparation and were told that on the day of the event, they wanted us there by 0800 which meant we had to leave the CG station around 630-7am to be in position on time. The night before, around 10-1030, John calls and says he cant make it. Of course I was a little miffed (remember he talked me into it) so I asked why? He simply stated, “I just found out my grandkids were coming over in the morning and I want to spend time with them..Family First!” I wasn’t miffed anymore.

John had a special gift to instantly make people like him and when he entered a room, it is a correct statement that his personality took over. To say that John left his footprint with this department and his life is an understatement. He is one of the special people that when you met him, you instantly know you are blessed and you yourself become a better person.